Delta Gold: A poker date with my Mom. Converting her to the dark side.

My mom and I don't hang out a lot. We're so similar, and yet very different.  Probably like everyone and their mom.  But my mom is actually pretty cool.. and exceptionally smart.  I took a friend, who is a dealer, out to the farm to visit with her this week.  Dayan is a circuit dealer from Syria, and he was kind enough to run through some dealing technique of the more difficult games (Yes yes, the triple draw games still boggle my mind). 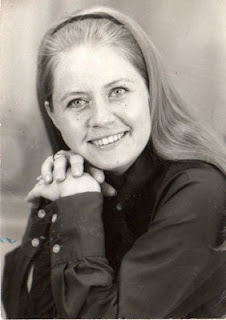 Mom, in her younger days. Pretttty girl.
We went to the farm because Mom has bigger tables, and because I wanted to multi-task a far too infrequent family visit in with my hectic workworkpokerwork schedule. Mom got involved, grabbed a notepad and starting taking notes.  Okkkaaaayyy.  Then she started asking questions, and before long she had her OWN deck and was practicing her shuffle.

Keep in mind this is a woman who has never been to Tunica.  Well, once she ate at Paula Deen's with Bex and I.. but she literally rolled into Harrah's ate and split. 20 years the casinos have been 30 minutes from her house and she's never been down.  So needless to say, she isn't a gambler.

She's always been supportive of my poker "career".  When my first story came out in Poker Pro Magazine (Cover story, SCORE!) years ago, she trudged through hand recount after hand recount to be "supportive" and gave my work a thumbs up.  I have no doubt she had no idea what she was reading, but her feigned interest meant the world to me.  I was living a thousand miles away at the time, but I wouldn't have been surprised if the story ended up on the refrigerator. With the implied note "I have no idea what it is my kid does, but I'm proud of it!".

She's been on the line when I've called her to announce I'd made a final table, or that Scott had.  I'd try to relay how exciting it was for Scott to make a ring event final table in his first-ever WSOPCE. She'd wish either of us "luck" and write nice things on Facebook in support.

Dayan really perked her interest when he mentioned that many "seniors" deal occasional circuit events.  Extra income, some modicum of socializing, a bit of travel. Her eyes lit up. Mom has been a bit of a recluse the last few years, sequestered on her farm with her critters.  But the idea of "learning" something new and getting involved in something really genuinely appealed to her. 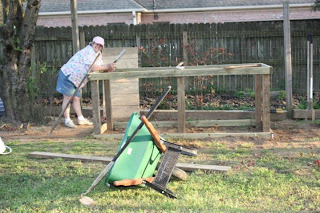 A recent pic of Mom, building a dog house. Very crafty, she is.
I didn't put a whole lot of thought into it. but perhaps I should have.  This is the same Mom who discovered Ultima Online and World of Warcraft and became a hardcore online Internet gamer about 10 years ago.. complete with the nerd-head-sets and voice to voice communication.  She has a Wii and she kicks my ass at Wii Bowling. (I hate that stupid game). And she grew up playing Stud and Draw games.  None of this new fangled Texas Hold'em business, but poker nonetheless.

Tonight on my way home from work, I called to tell her that I'd dealt today.  My first official "dealing" shift at Horseshoe (I'm a floor supervisor, but I have a great interest in dealing and improving my dealing). In talking, she inquired about dealing school.  That's right boys and girls, my sixty-something-year old mother inquired about going TO DEALING SCHOOL.  Which I think is pretty damn cool.

I invited her down to Tunica to check out Casino College, and introduce her to the nice folks over there. I figured she could pop in, we'd grab a quick bite and she'd high tail it back to the confines of her Cordova estate. Then she said "Well, I was thinking.. maybe I could go into the casinos and maybe, hang around a bit and see how they do it.  You know, watch some poker.  Watch some dealers."

Immediately, I kinda panicked. Am I ready to bring my mother into the foul-mouthed, alcohol ridden world of poker?  Into my world that has inspired such legendary blog posts as "The Genitalia Buffet: Sex and Poker" or "Why Do Poker Players Smell so Bad?"

Then I have to remind myself that she raised a daughter who has a 14 inch tattoo of a chicken on her right arm. I've candidly discussed with her my less than perfect judgement calls involving drinking and recreational activities, in the past. Though I've never deliberately used the dread "F" word in the presence of my mother, she's overheard more than her fair share of vivid conversation from me otherwise.  I don't need to SHELTER this woman, SHE created ME! 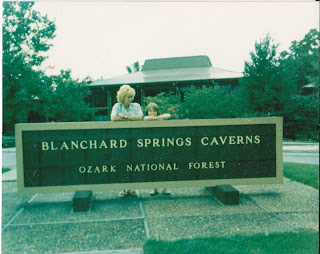 The other two members of my family-of-three. Mom and Bex, circa 1990. 80's hair ROCKS.
So I went one better.  I invited her to come to Tunica on Thursday, tour the Casino College, join me for dinner and then railbird me while I make a disastrous attempt at the Delta Gold's 7 pm event, and stay the night with me at Goldstrike.  She's never watched me play, obviously, or has ever done more than read online. (God if you're ever going to let me build a massive chip stack in a tourny, please let it be this event! I'll owe you more frequent prayers! Or a goat sacrifice! Or Scott! You can have Scott's soul to do with as you please! Just do this for me! I wanna look cool!).

I called Goldstrike and told them of my plans and had them line out a nice room and dinner arrangements for the two of us.  I don't make this many preparations for a date.. but this is my MOM, the most important date.  So when ya'll come up to say Hi at the Delta Gold, be sure to say Hi to her too.  We'll have her converted to the dark side in no time.
Posted by Jennifer Gay at 8:49 PM