The Delta Gold has wrapped up at Goldstrike.  The turnouts were bad.  Really bad. I predicted this a few blog posts ago, a couple weeks before it began.  It was too close to the WSOPC event here, and wedged in between Harrah's and the Beau.  Ages ago these tournaments were a reason to celebrate. Low rollers would save their bankroll up to play as many events as possible and more affluent players would plan their vacations around the few choice events a year.  Now the circuit is so flooded with tournaments one literally can choose which blind structure, buy in and tournament crew appeals most to them.  There is one every week somewhere.  This has effectively killed the sense of urgency and exclusivity the events used to hold. I'm not complaining, however, since the events always mean a good time and visiting with people who I wouldn't see otherwise.  For the poker "economy" though, it will be the inevitable collapse of a now thriving industry.

Update on the "Mom Poker Date": Al, Dolores and Mom.

My last blog post was about my mom planning a trip to Tunica for the first time.  Which is only remarkable because she lives forty minutes away from the casinos.  And has never been. And she has a daughter who works in the industry. In a poker room. And plays poker for supplemental income. And yet, she'd never witnessed me play a hand.. or even seen a live hand played outside of a home game. 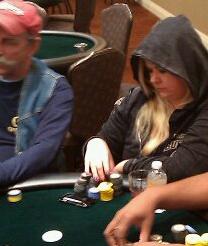 I remember praying in my last blog, that if I were ever going to go on a tear and have an impressive stack and at least give the impression I was making all the right calls.. to please let this one be it.  Everyone wants to look cool in front of their Mom.  God, who I've always believed to be a poker player (Just look at duckbill platypus if you don't think he likes to gamble), delivered.  I promised God a sacrifice of either a goat, or Scott William's soul if I were to win/chop the tourny she was present for.  I did. I'll admit now, I'm rather fond of the family goat, Annie, so I have really bad news for Scott. It's been a good run, Scotty. <3 <3 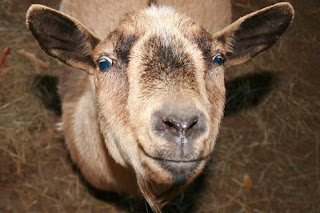 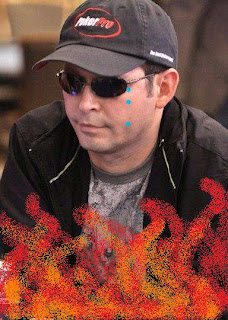 Scott. Now one of the eternally damned. My bad.
P.S. I'm so pro with "paint".
I introduced Mom to Al Theriac and his beautiful wife Dolores.  Al is one hell of a poker player, but more importantly, he's my friend.  Him and his wife have become so dear to me.  Dear enough that I'd bake them cookies if I thought I could do so without possibly poisoning either of them.  I introduced them to Mom... and Dolores was kind enough to take up with Mom and show her how to operate a slot machine.  Mom lost five dollars in freeplay and ended her gambling career. But everyone had a blast, and it was wonderful to see two people who I think so much of, again. 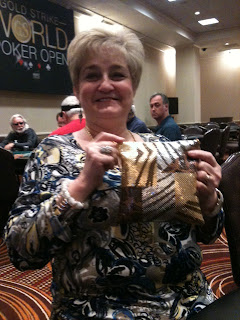 Dolores showing off her new purse. Al, Myself and the slightly famous floor-guy Brannon.
More on Brannon to follow.
Patrick Gormandy.. A Dealer with Skills & Kai's Arch-Nemesis Brannon


The night I chopped up the nightly (The only event I bothered with at the Delta Gold), I did my usual routine of annoying/befriending/alienating every other person at the table.  A smartass in the one seat, who didn't catch my eye because of his fantastic blue eyes (I mean, seriously, hot guys in poker are like welfare recipients at the Cadillac dealership).. but rather, he drew my attention because he took endless amounts of verbal abuse from me like a pro.  So much so that I'm certain he was either abused as a child, or was wearing headphones I couldn't see.  NOTHING I said rattled him. Turns out, he just had a similar sense of humor.  He's a dealer.  Dealer are either robots, or people just as twisted as myself.

Most dealers are fairly awful poker players.  This guy is an exception.  A very solid card player with only a few noticeable flaws in his game.  One I will put out here openly, which will therefore negate it, but he had a habit of being very engaged in conversation until he had a hand he liked.  Then he'd freeze like a lemming without a cliff to hurl himself off of. I kept waiting for him to get in a pot against me so I could use it against him, but the man was smart enough to stay far away. We fell into a routine of amusing the other players at the table, and it endeared me enough that when he was crippled and I had chips I used the power of my stack to negotiate a chop that included him as the short stack. He deserved to be in the money.. he'd out-played me, but lost an essential pot to a river card. I mention including him in the chop because there is a very good possibility that my own "game" was used against me.  You know, the whole "I'm adorable, please overlook my 5 big-blind stack and include me in your chop" game. I pull this off so often I should trademark it. If this was intentional, he's talented AND smart. Which gives him the potential to be force in the game if he starts playing more events. Good game, sir, Good game. 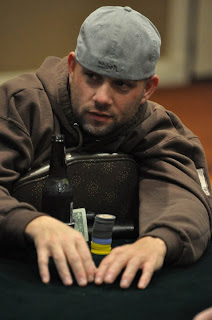 Unfortunately, size DOES matter Patrick..and that stack ain't cuttin' it.
﻿
﻿

After the final table we all decided to go to the bar and have a few cocktails.  And by "we all"  I mean a couple of players, a bevy of dealers and the illustrious floor man Brannon Kingston.  Brannon is especially notable because my darling friend Kai Landry has a man-crush on him.  Its a rather abusive relationship.  Brannon's single-table-satellite-sales pitch makes Kai's blood boil.  And yet, Kai is drawn to Brannon like a moth to flame. Kai will often liken Brannon's microphone technique to having full-body Herpes, and in the same conversation become giddy with delight over a posed photo of the cherubic floor man. Though Brannon is a hurricane on the loud speaker, he's actually a sweetheart and fun to share a cocktail with. I love the road crews, the mixture of personalities they bring, and the good times that coincide with every event.
﻿
﻿

Sam Barnhart.. One Hell of a Heater and the Main Event
The main event drew a staggering 130 some odd players at the Strike, which is astounding considering there were nights the 7 pm tournament didn't even go for lack of interest. The final table included familiar faces/friends Mitch Franks and Sam Barnhart.  Sam, who won the WSOPCE Tunica main event just two weeks prior, cashed another 11K with a fourth place finish at the Delta Gold.  Mitch was 7th or 8th? I forget, but I do remember that it was his birthday. A nice 3K birthday present for him. The winner, James Reed had a final table cash at the Beau's Southern Championship in Jan. I love it when poker players bitch and moan about "luck" and yet, the same names consistently pop up at final tables with big wins. Sure, you have to fade an element of luck, but obviously luck isn't the controlling factor when final tables host the same cast of characters time and time again. 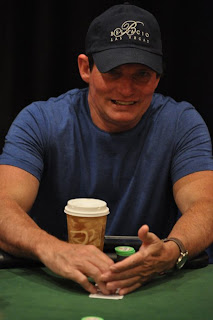 Sam Barnhart.. $160,000 + in three weeks? Not bad at all.
Couldn't happen to a nicer guy either.
Work has been kicking my ass.  Ladies and Gentlemen, be kind to your poker room staff.  I had no idea how challenging it would be to floor in a room like Horseshoe Tunica on a Friday night.  At one point, when at least 100 people all seemed to need me at the exact same moment, it occurred to me that this must be what working on Wall Street feels like. Paperwork, phones ringing, people making demands, organizing, structuring, paying out, paying in.. it really can get nuts at times.  I'm so appreciative of the education I'm getting courtesy of Lisa Crompton, Dale Carden, Sheila Moore and all the really talented dealers I work with.  Their patience has been astronomical.
Glancing back over this novel, it would appear I'm caught up with the major strokes.
Posted by Jennifer Gay at 9:09 PM