Poker anymore is all about the image. With trendy clothing lines, designer eye wear and rockin' hot superstars of both genders splattered all over magazine advertisements for card rooms wearing anything other than something practical, there is a definitive message here: You wanna be good, you gotta look good. 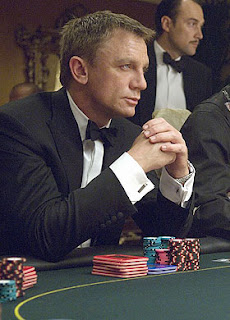 I sort of despise this methodology. Don't get me wrong, I like gazing upon a good lookin' guy as much as the next gal.  I even joke about the list of poker players I fully intend on seeing naked at some point or another.  I can think of about 12.  Don't judge me, I just said "See", not "Sample the Goods". But really, who wants to look at someone all the time who only magnifies your own flaws?  I spent the last ten years dating guys who were so ridiculously gorgeous they both made me feel honored and simultaneously like an ugly duckling. To hell with that.

I'm sort of getting to the point where really good lookin' guys trigger acid reflux.  I know, without delving any deeper, what sort of issues come with those who are genetically gifted. For the most part.  If you can list on your resume, anywhere, "Personal Trainer", "Model" (Even if it was for Hostess Cup Cakes - Jody) or if ANYONE has ever referred to you as a "Pretty Boy".. I have to fight every instinct in my body to not make fun of you. A lot.   Now before you all start pointing out that several of my friends are in fact drop-dead-gorgeous poker players, I would like to point out the key word there: Friend.  These are not people that I'd solicit for relationships. Though I probably wouldn't delete a naked picture or two.  Nothin' says "You're a good friend" like iPhone Porn.

I work with a guy who tonight asked me how I "rated" him. I told him a 7.5, because 7.5 is a nice way of saying "You were probably really hot once, but the years are taking their toll" and also because I genuinely like the guy as a friend. The truth is, I'd never considered it, because well.. I just haven't. I've been busy. So sue me. But when he asked me how I rated him, all I really heard was "I'm insecure. I feel inferior. Be gentle."  It tugged at my heart strings a little bit.

Of course, once he put it all out there, I started evaluating my insecurities. I haven't done this in awhile. I'm one of those rare people, who despite obvious flaws, thinks I'm pretty damn awesome. Sure, there are plenty of better lookin' girls. But I've been to WalMart on government check cashing day.  I know I'm no where near the bottom of the aesthetic food chain. 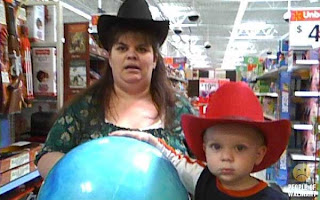 (photo courtesy of People of Walmart .com )
It got me to thinking.  If I could change things about myself, what would I change. I'm going to do something that a lot of women probably wouldn't, because we all live in this bubble of illusion that says "If I don't admit out loud whats wrong with me, no one else will notice."  But before I launch into my issues, I should comment on the dual purpose of this post.

Dr. Frank Toscano, who writes one of the other columns for Ante Up Magazine, focuses on "Poker Health".  This has me fascinated, because who really thinks about poker health?  The first few times I read his work I disregarded it entirely.  Then I got to thinking.  His philosophy isn't unique, but because I like to keep up with my colleagues, I tend to follow his line of thinking.  He writes that in order to be successful at poker, you've got to be in excellent health.  Physical, mental and emotional. You have to train for it, as if it were any other sport, and that if you're balanced in all other areas.. you will find a greater level of success.  Now, I'm sure he doesn't mean that if you're a complete dumb ass with six pack abs and an account at Whole Foods you're headed for a bracelet. But I get what he's saying otherwise.

So I'm proposing an experiment. On myself. To steal from Beth Gain's "Eat Play Love" philosophy, an obvious play on words for the Liz Gilbert self-exploration novel "Eat Pray Love".  I'm going to work on finding balance in the areas I want to improve.  Some of these are pure vanity.  Some are for prolonged health and happiness and some are just because I simply need to make some changes.

The end goal?  I want to be a better poker player. But really, that will just be a side benefit if it actually helps me improve my game. The absolute worst case scenario is that I'll be a healthier more balanced person, even if I can still only dominate the nightlies. I want to FEEL better.

So here are my flaws, in raw unabashed abuse of the fact that I have no idea who is really reading this. (Or IF its being read at all... which might be okay too!). 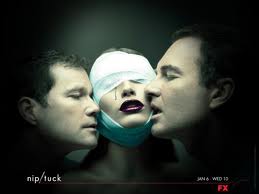 So this is what I'm going to do. I'm not going on a crash diet, hitting the tanning bed and financing surgery. Nor am I seeking a therapist or going to start chewing Vitamin C tablets religiously.

What I am going to do is focus on total wellness, making more time to focus on myself and beginning with a nutritional redesign to balance key elements that are obviously off. I'm going to consult with a doctor, actually use the gym membership I purchased, the services of my friend who is in fact a personal trainer (but not an annoyingly hot one), and maybe explore some spiritual opportunities as they present themselves in traveling, reading and writing.

I'm writing this all down because there is a really good probability that one of you out there also have some things you're insecure about, or would like to fix.  Or maybe you just want to go halves on a case of Centrum - Not-Yet-Silver but Not-A-Spring-Chicken multi vitamins. Or maybe you've found something that has helped you tremendously in your efforts for sustained wellness. If so, please message me. Privately on Facebook if you prefer, or however works best. I'm not above taking guidance nor lending any as I fail repeatedly over the next year in this mission. 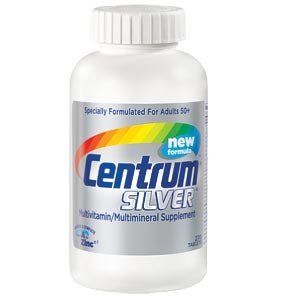 On a parting note, as an example of how the little things can make an impact.. two different friends who I won't name, inspired me recently without meaning to.  The first was shirtless and just coming out of the shower. I looked at his tattooed torso and the little gleaming droplets of water and thought.. "Damn, what a pretty human being."  He saw me looking and immediately said "I know, I've put on weight. Its amazing what turning 35 will do to you. I really need to hit the gym." And he immediately covered himself up.  This is someone I've known and cared for as a friend for ages, so he had no reason to feel so insecure. Right then it occurred to me that our own flaws are magnified ten fold in our brains, and the root of the issue is not the perceived flaw but the way they make us feel.  There is no way a person with this sort of inner inferiority can be wholly successful.  At anything. This is the same friend who will having exceptionally long periods of "Running Bad" and being "Card Dead".. and I wonder if his brain isn't what needs fixing, more so than the cards?

The second friend shared with me a list of commandments he carries with him when he plays poker.  I read them, though I'm not entirely sure he would have readily offered them up for my observation if he weren't impaired at the time.  Most of them were exclusive to him, and held little personal value for myself.  There were a few that did. But it reminded me of the philosophy that if you write something down, make an intangible concept a concrete reality, you can then begin to practice it. Develop it. Deploy it.  So patient blog readers, by writing this down.. here, and by carrying my bulleted list with me (along with a set of "commandments" tailored to my specific needs), I'm going to set out to balance my brain.

And with it, enjoy whatever heightened levels of success are to follow.
Posted by Jennifer Gay at 2:38 AM