Early this morning, Amanda Desnoyers called me. I missed the call while I heated a bottle up for Carter. Her voicemail told me everything without saying more than "call me back".

She said, between sobs, when I called her back: "You know the poker people. Would you help get the word out so I can stop making phone calls?"  She sounded exactly like you'd expect a woman who'd just lost her husband to sound. Grief stricken. Frazzled. Tired. Full of the realization that this nightmare is only beginning. She spoke briefly about her family being local and an autopsy, not knowing when arrangements would be. Her words were soft and broken, tearful, before she exclaimed another call was coming in and to please keep in touch. 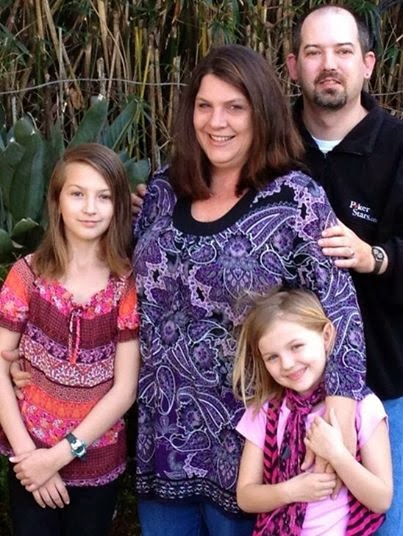 For the vast majority of people, those who didn't know Todd at all or only knew him through loose poker associations, you're here to find out what happened. This is a pretty normal compulsion, I imagine. He was young. Just 41. With two little girls and a wife. We can all identify with that so its natural to want to know what happened - curiosity and fear of our own impending mortality. So I'll share. But for the rest of us, those of us who loved Todd, I've got a little more I'd like to say.

Amanda says that Todd has been ill recently. He'd been battling high blood pressure and being under the weather. Back in September after a trip to the hospital, he wrote on Facebook "Today was a wake-up call that I need to take my health more seriously and start taking care of myself. My blood pressure was so high at the er the nurse was worried I was going to have a stroke. Time for life changes.".  I knew he'd battled giving up cigarettes for some time as well.

Yesterday when Amanda left for work, Todd was awake and appeared fine. When she returned, he'd passed away, presumably in his sleep. There is no more to the story and an autopsy is scheduled. I think the preliminary guess is his heart gave out.

Amanda has family support. His daughters know what happened and are with their grandparents. At this time, Amanda says she doesn't need anything. This is bound to change as needs present themselves over the next few days and weeks. I don't know if Todd had life insurance or if a fund will be established, I will update when I find out.


Todd was a special person to me. I met him years ago in Tunica. Our careers sort of paralleled one another and as we both moved through card rooms over the years a phone call saying "Hey, I need a job/reference" wasn't uncommon. He always looked after me. He told me once that I was a true friend and one of the only people he'd never question hiring, that he understood what an asset I was to a poker room. His words validated me at a time when I really needed encouragement.

When he worked at Goldstrike and I at Horseshoe (both of us grave shift supervisors), quite often we would meet at the bar at the strike and have a beer before both heading to our respective homes. Sometimes just us, sometimes with a dealer or two. Most often with a handful of co-workers, players and other locals. Here we would all vent about relationship woes and career hurdles. Todd would confide in me when facing tough times with his home life, how much he loved his wife and daughters. That even though he sometimes envied people like me (the perpetually single and "care free"), that he wouldn't trade his family for a minute of it. Over probably 150 of these meetings spanning several years, I remember one thing more clearly than any other: He would always say "yeah, but I can only have one (sometimes one more!), I have to get home to the wife". And he was happy to do so.

I remember how Todd scrambled to find employment when the card room at the Isle didn't work out. Never content to sit back and let his family suffer. I remember how happy he was to find a home at the Hard Rock here on the Gulf Coast.

I went in to see Todd a few weeks ago. It had been a couple years since we'd been face to face. The life of a traveling dealer had taken me away and time had slipped through our fingers. Texts and facebook kept us, as it does so many friendships, connected. Steven and I had a two month old and we were out and about on our first baby-free night. I texted Todd to see if he was at work because I really wanted to introduce him to Steven. Todd said we could link up after the weekend, but I insisted on coming by right then. Always jovial, he was happy to see us.  He gave me a huge hug in the middle of the Hard Rock poker room. He looked at me for a long moment, then at Steven, and with genuine affection he said "If you'd told me, all those years ago, that you'd be here with a man you love and a new baby, I wouldn't have believed it. I'm so incredibly happy for you." I laughed it off and said something to he effect of "Gee Thanks!". I guess he'd imagined me turning out an old spinster with nine cats.

We chatted and discussed the fact that we were once again neighbors. Now that I was more in the "family" mode than the "drink, gamble, stay up all night" mode, he said we'd have to get our families together for a BBQ. He said his daughters would "love to get their hands on Carter". Because, you know, little girls love babies.

I tell myself that we were waiting for warmer weather, but I'm sitting here consumed with grief and tears knowing that we would have all been too busy. Knowing now that this was the last time I will ever talk to my warm and gracious friend, I'm ashamed of myself for not making more of a effort to BE a friend. I'm sad that I haven't been taking my own high blood pressure seriously enough, and that I didn't make an effort to commiserate with him over ways to be healthier.

Obviously, all of this, is selfish. I'm sad because I've lost someone who may have never really known how much I appreciated him. How many of those night during one beer and thirty minutes of conversation, I needed his friendship. How much I enjoyed him and his goofy personality. His terrible taste in 80's music. His bad jokes. His 5:00 AM grave shift text messages. I don't think either of us realized just how much I would miss him, now that he's gone.


I'm so sorry, Amanda. I'm sorry for your sweet daughters. They were literally the light of their daddy's eye. But you know that. I'm sorry for how alone you must feel right now. How angry and afraid. The world, at least my world and those around me, is significantly darker today as we mourn with you and your family. Thank you, so much, for sharing your husband with all of us. I hope time passes swiftly for you.