This is a very long blog post dealing with gritty details of mental illness, suicide, and graphic information you may or may not want to read. It isn't typical of me to write something that isn't funny or entertaining, so if this isn't your cup of tea, skip it. No hard feelings. But I wanted needed to write it, so deal with it. You may feel like some of this is in distaste. Sharing the details of someone's death, a few not-so grisly pictures included to drive the message home. I still think the message is relevant. 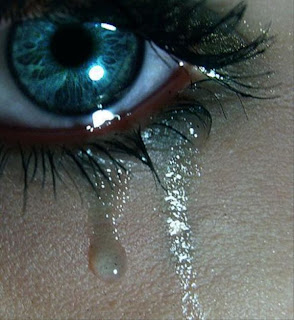 Yesterday morning at Goldstrike Casino a young man shot himself, in the  entry of the bathroom connected to the hotel lobby (the one right by the parking garage elevators, which incidentally is where I was headed because I parked there to avoid flood waters). 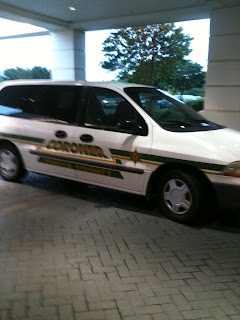 The casino world is slightly more dangerous because multiple vices can be fulfilled in one location.  Add to that a person who suffers from severe manic depression or Bi Polar disorder and this can be even more volatile.  In a casino, as long as you have money, you have friends. And beautiful women. Hosts that will cater to your every desire. And every single bit of it ends when the money runs out. Your literal worth is just as long lasting as your monetary worth, and this can corrupt your delusions of self worth.

I get suicide. I am not suicidal, in any capacity, anymore.. but I've been there.

I've been through some tremendously profound things in my life, things I won't get into, and there have been definitive points when I thought my existence was no longer necessary. I, however, lack the intestinal fortitude to actually carry out a comprehensive suicide plan. My alternative route was just to try self destruction through other means.  Alcohol, shitty relationships, drugs, partying in excess, swimming in lightning storms in shark infested water (Don't judge me!). Without getting into boring details, around 2006-2007 I decided that I either needed to stop self destructing or go ahead and get it over with. It hasn't been a flawless plan. I still battle depression, major self esteem issues and anxiety intermittently. Although, it continues to lessen.  The amusing part of this, is 99% of the people who know me would never guess this. In a million years. Adjectives commonly associated with me almost always include happy, always laughing, glowing and charming. There are a few of you who know, which brings me to my next topic. 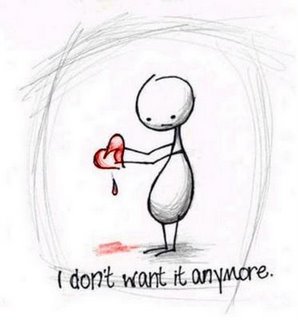 One of my closer girlfriends and I call these people "broken" people.  If you're a broken person, you know exactly what I'm talking about.  If not, this whole thing sounds ridiculous to you.  Broken people are people who have been through those low points, the ones that are almost impossible to come out of. I don't mean people who have a shitty day, or go through a rough patch.. but broken people have been through the trenches, battled themselves and sometimes others, and for whatever reason are still here. I can remember, during a particularly awful spell many years ago, a then-boyfriend saying "Just stop being depressed! Cheer up! Pet a puppy! You'll be okay!" And I knew right then the difference between him and I. 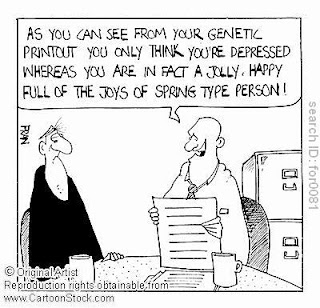 I have friends (some of which you know) who appear to be happy, normal individuals.. and I can call them in the middle of the night and say "This fucking sucks. Tell me about your day." And without saying anything else, they launch into a funny story, because they get it. It's like a membership club where the perk is being alive, only we don't have meetings. Or cool T-shirts. Or conventions.


I think I'm on the other side. It's been over four years since I had serious problems with depression. Over one year since I felt depressed for more than a couple days.. and for the last year, I have borderlined on deliriously happy at times. Most of time, I'm just really happy. And not because of any one thing, person or accomplishment.. I'm just chemically balanced, absolutely medication free (not that medication is a bad thing, if you need it, take it!), and moving in a positive direction. I've also learned what it takes to put me in a tailspin.. and how to avoid it.  I also know how to ask for help, even indirectly, when I need to talk to someone or go out and stop thinking for awhile. My brain can be my enemy.
Something that hasn't changed is my heart wrenching attraction to other broken people. I feel a compulsive need to befriend them and in my own goofy way, try to make them laugh. This isn't to say if you're a friend of mine, I think you're fucked up (well, a lot of you are.. but not in THAT way). Just that I understand depression, and sometimes seeing someone else making it work is all the inspiration it takes. No one wants to hear "It will get better" but sometimes, hearing "It might suck less someday" actually makes a difference.

Yesterday's suicide bothered me.  Probably not the ways that you'd think.  It bothered me because I saw briefly, how unaffected most of the people "handling" the situation were. They laughed and joked, and carried on with the task of cleaning up the young man's remains. The coroner came in with a very "another day, another dollar" sense of business. I sat down on a bench a few feet away from where they worked and mourned this stranger. A broken person who didn't make it. Regardless of the reason, whether it was alcohol induced or over a girl (as has been speculated), or financial distress.. I don't believe a person can take their own life without some degree of mental illness.  Survival is too strong of an instinct, and pulling the trigger is a hell of a lot harder than you'd think logistically.

I don't care if the guy was a jerk, or a real darling. If he had children, or a Mom who loved him. Regardless, he had something inside him that isolated him and made him feel like this was the only viable option.  And THAT, breaks my heart.  Because I have to think if I'd seen him, across the gaming floor prior to, that I'd have recognized the disparity that comes with this stage. No, I'm not talking about romantic notions of "Maybe there was something I could have done.." but a more tangible, there IS something that can be done. And I just wish anyone had gotten there earlier, or had been able to delay or redirect the tailspin.

People say that once someone makes up their mind to kill themselves, you can't stop them. And then people say, if someone talks about suicide.. they're just looking for attention.  You're damned if you do, damned if you don't.  I don't believe any of this.  I believe you get in a place where your overactive mind convinces you that the pros outweigh the cons, and sometimes even the slightest break in that thought process can  give you a foothold out of the spiral.

I'm not suggesting that we should be able to spot people in distress.  Quite often, people claim they never saw it coming. Instead, I'm suggesting that you take a moment to lend a little levity to everyone you care about. Not the corny.. "Put a smile on someones face today!", but make a conscience effort to let people know you care about them and that they're valued.

If you get the vibe that someone needs a positive word, or see a complete stranger who looks like they could use a light/a hand with a bag/an extra $5 tip/a compliment on a particular accessory, share it. You may have absolutely no idea that the person sitting next to you is literally running out of fuel and desperately needs to feel a connection, even if its with a stranger.

As a post script to this novel, I couldn't sleep for thinking about this poor blue eyed young man who felt the need to kill himself. I googled him, and found nothing. The casino did a great job of draping the area and keeping service interruption to a minimum. People walked within inches of him and had no idea, while casino staff waited on the coroner. I sat there, on that bench, and told him that I was sorry. I felt an overwhelming sense of wanting to take it back, or undo it. I'm not a praying type, but I prayed, and when I left I felt hollow that I would never know the identity of the person lost.  I made a very ambiguous post on Facebook, and nothing more. Approx. 24 hour later, someone saw the post on my facebook.. someone I don't know very well.. and said "The person, you mentioned, did they happen to die in a Casino?" I had left this detail out.  I confirmed and she said.. "That person is Dylan xxxxx. I went to school with him." I found his Facebook, and it was the same person.

There is still nothing online. I don't imagine there will be much, if anything. This sort of thing is bad press, after all. No one likes having their morning coffee interrupted with talk of suicide. So it was important to me, here in my little blog that will maybe reach a couple thousand eyes total.. that someone would memorialize him. Rest in Peace, Dylan. Hopefully your death will positively impact at least one person, if only through awareness. <3


***Edited. I had a picture of the gorgeous young man who passed away. It took less than three hours for a family member to find my blog and ask me to remove the post out of respect for his family.  The woman who wrote was very kind, even apologizing for my having been present for this. My heart aches for her. I am going to compromise. I removed the picture of him, (which was a picture taken from his facebook.. nothing that wasn't already on the internet), and I removed his last name.  Everything else though, I stand behind. If something positive, even one person feeling impacted by the story, comes from this.. It's a silver lining. Everything else is fairly public knowledge, considering it occurred in a public place. So particular details have been edited out.  I apologize in advance if this blog post reaches the eyes of someone who is already in pain over this incident.

***Edited: A follow up of this incident, with additional details is written HERE.
Posted by Jennifer Gay at 7:27 AM